From Alternate History
Jump to navigation Jump to search 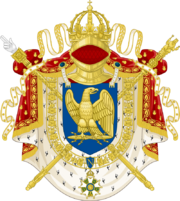 Welcome to the Portal Page for the Napoleonic Victory Alternate timeline.

This is also a live timeline, which means its story continues to unfold in real-time. See the World News section for the latest news and updates.

Note : This is Khalif Ali Husain3's personal timeline, unauthorized edits are not welcome. If you have any ideas or proposals, please suggest them on the discussion page. 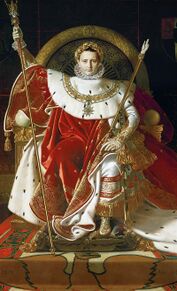 Napoleon Bonaparte has a complex legacy in history. To some, he was a dictator who hijacked political instability to take power for himself. While to others, he was a master tactician who took France from a chaotic mess to an Empire. And though hough his empire would crumble around him, His effect on history is still felt to this day. Which begs one of the great questions of history; What if Napoleon won the Napoleonic Wars?

In this alternate timeline, Napoleon emerges victorious at the Battle of Borodino, defeating and even capturing Tsar Alexander I. Soon the Tsar was forced to sign a peace treaty, which became known as the Treaty of Borodino. The treaty stipulated that Russia shall give up large swaths of land in Ukraine, Ruthenia, and the Baltics.

Then he marches to Moscow, proclaiming victory in his greatest triumph, changing the world forever.

Retrieved from "https://alternatehistory.miraheze.org/w/index.php?title=Napoleonic_Victory&oldid=2552"
Category:
Cookies help us deliver our services. By using our services, you agree to our use of cookies.